The unlikely outcome is also the common outcome in works of fiction. The hero prevents the missile launch. Long-lost lovers reunite through a chance encounter on a train-station platform. Against all odds, the underdog team wins the championship. Real life, however, is not fiction.

You might’ve heard of the deux ex machina plot device alluded to above. Initially, it described a god-like character in a play, introduced by mechanical crane to bring about an sudden resolution to the plot. Nowadays, the device describes any kind of abrupt intervention employed as the solution to a problem in a work of fiction.

It isn’t a stretch to say that this device is often invoked outside the realm of fiction. In these instances, I propose we call it what it is: a delusion ex machina.

Delusion ex machina: Waiting for or expectation of a magical solution to life’s biggest problems.

Know it when you see it

Once we start to form an idea of what we want out of life, we (most of us, anyway) realize we aren’t remotely close to getting it. That’s perfectly fine, everyone starts somewhere. The frequency with which we invoke magical thinking to deal with challenges standing between ourselves and where we want to be is what holds us back.

The delusion ex machina device is often employed as a sedative of sorts to avoid discomfort. To avoid the concerning reality that, yes, this isn’t a great place to be. “Don’t worry, though! All that needs to happen is *insert series of unlikely events* and all will be well in the world.” Yeah, no.

No amount of magical thinking will do the work. Only doing the work does that. Showing up every day, putting in the hard yards, and trying to be a little better than yesterday—a little closer than to that goal—is what matters.

Delusion ex machinas are being used all around us, everyday, and by well-meaning people. We can be complicit in others’ self-deceit, tacitly approving of their delusions by pulling our proverbial punches. Be kind and not necessarily nice by speaking up when those close to you don’t hold themselves to their own standards. Associate with people who do the same for you.

It’s all well and good to bemoan something, but that doesn’t get us closer to where we want to be. A personal rule: complain only so long as I am working on the solution to the problem being complained about. To quote Nat Friedman, “Pessimists sound smart. Optimists make money.” So let’s look at some solutions.

Be obsessive about maintaining momentum. Momentum is our friend. We need less discipline to do the work when the wheels are already rolling. The need to use delusion ex machinas falls by the wayside because we’re making progress towards where we want to be (or at least away from where we don’t want to be).

Delusion ex machinas are deployed out of a sense of helplessness. This causes anxiety. Action is anxiety’s most effective cure. Don’t wallow in analysis paralysis. Take action. Do something.

Burnout causes a sense of helplessness. As Sam Altman points out, burnout doesn’t come about due to working too hard. It’s cause by a lack of momentum. Fight to maintain momentum.

Fall in love with the process

Elon Musk notably said that the people who actually solved a given problem, really wrestled with it, understand it deeply. So much so that one can easily tell them apart from those who were only tangentially involved through a quick conversation. Herein lies a hint to keeping our need for magical thinking at bay.

Make peace with the fact that you aren’t where you want to be. Own it. Fall in love with the process that will eventually get you from here to there. We should wrestle with the challenges we face. In doing so, we’ll get a little better—a little closer—every day. Moreover, we can start to derive our energy from the very process of improving the circumstances that are, on net, an energy drain.

We grow immensely through productive struggle. You’ll know it’s productive when you reflect on a period of hardship and hardly recognize your earlier self. If there is no progress to speak of, maybe it’s time for a change. 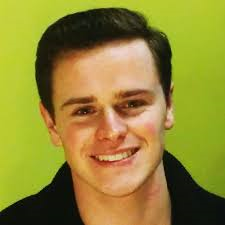 Stef Coetzee works as a control and automation engineer in Johannesburg, South Africa. He is an avid full-stack Ruby on Rails web developer and technological progress enthusiast.
More about the author
Stay in touch
Get new posts in your inbox. Unsubscribe anytime.
Next
Rails with Devise: Sign-in page as app landing page
Previous
Colo(u)r